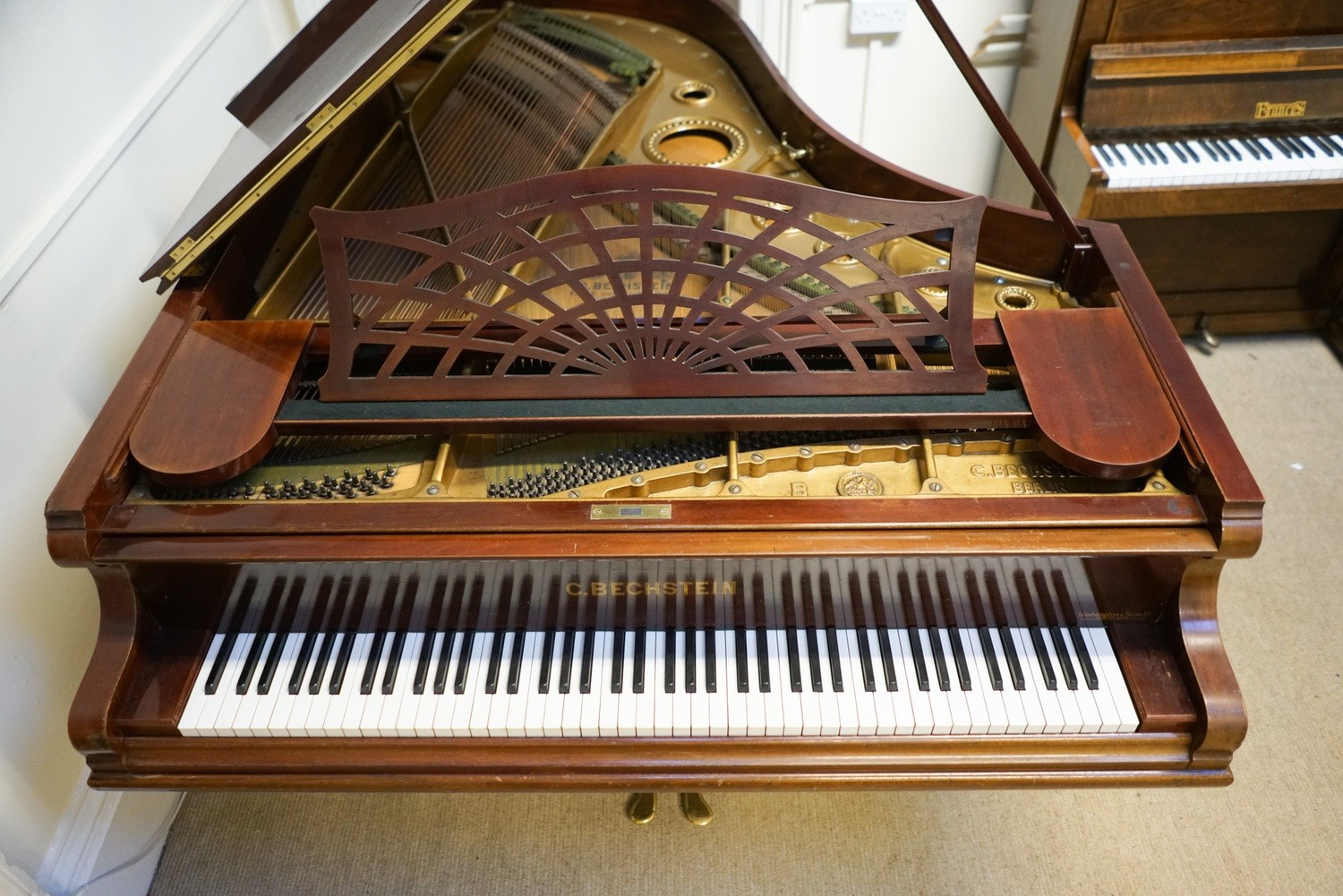 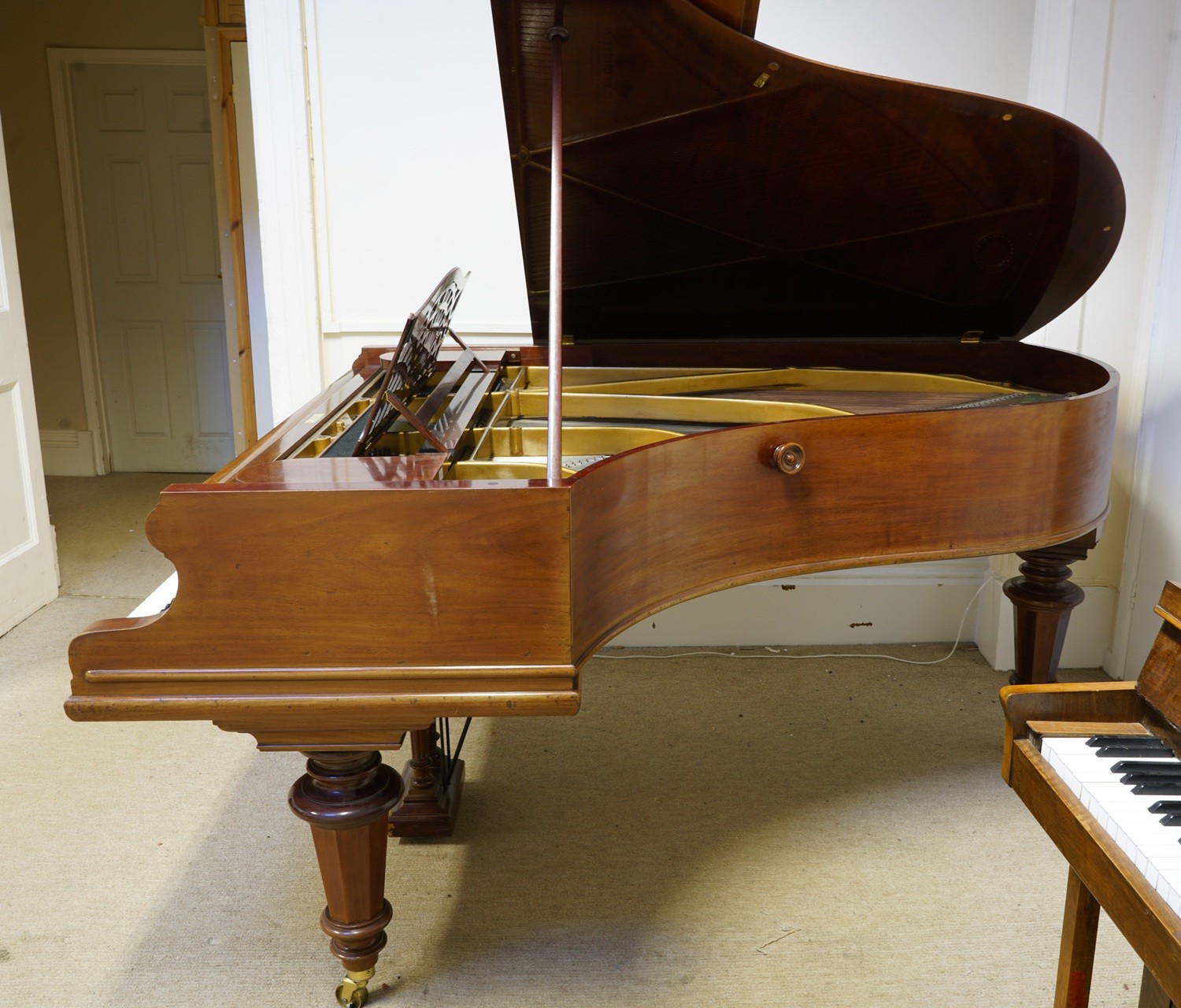 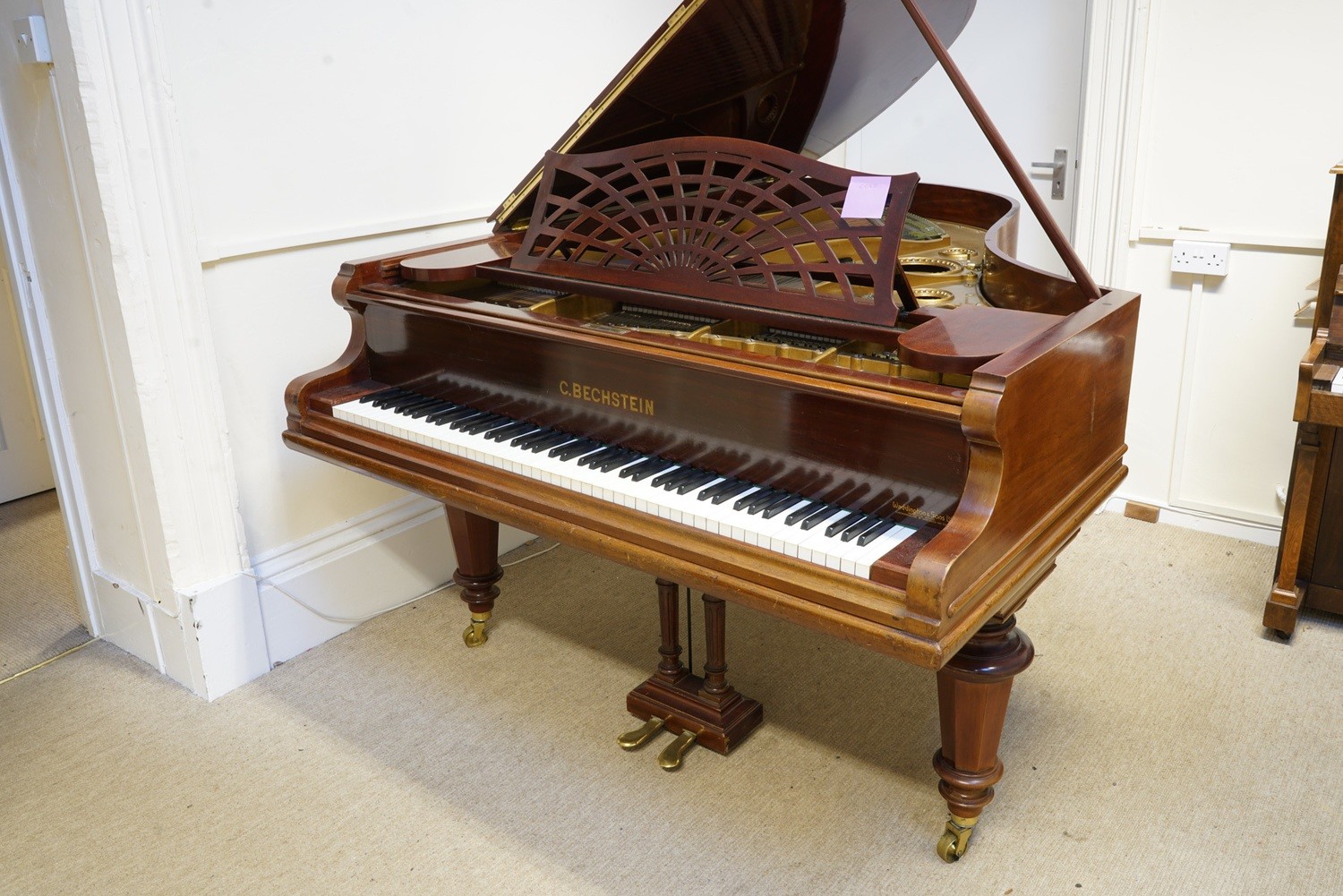 This piano is currently undergoing full restoration in our Oxford workshop.
German Bechstein in relatively original condition. Good tone, plays well. This is a fine example of an original piano in good overall condition.