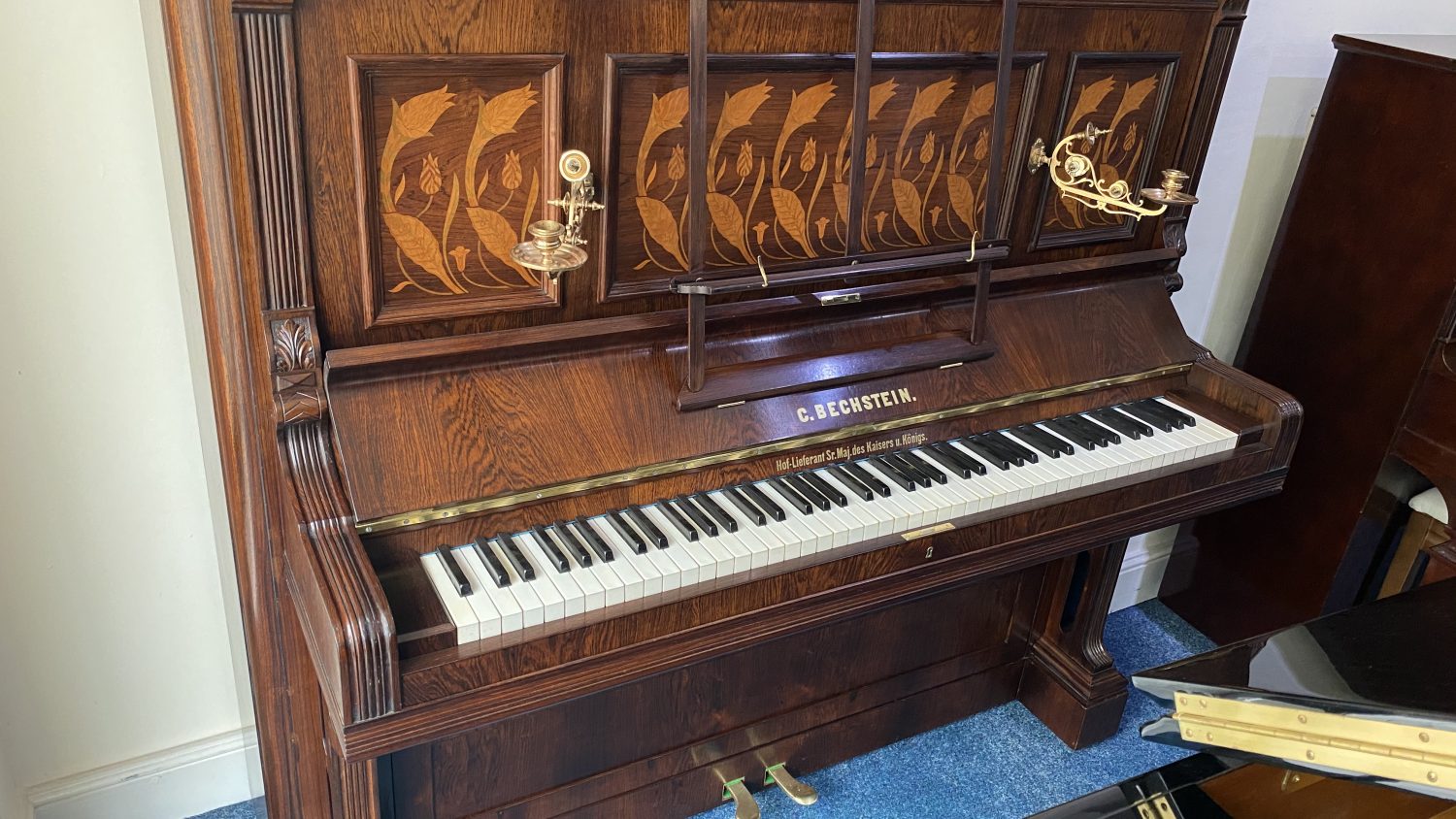 
Here we have a fully rebuilt Bechstein model II upright piano in an exquisite rosewood cabinet. One of the largest uprights that Bechstein made.

The reconditioning work was done in our local Oxford workshops, by an experienced Bechstein technician. It is a beautiful example of a sympathetically restored German Bechstein piano.

Piano restoration is the art of transforming older, worn-out, traditional pianos to their former glory.