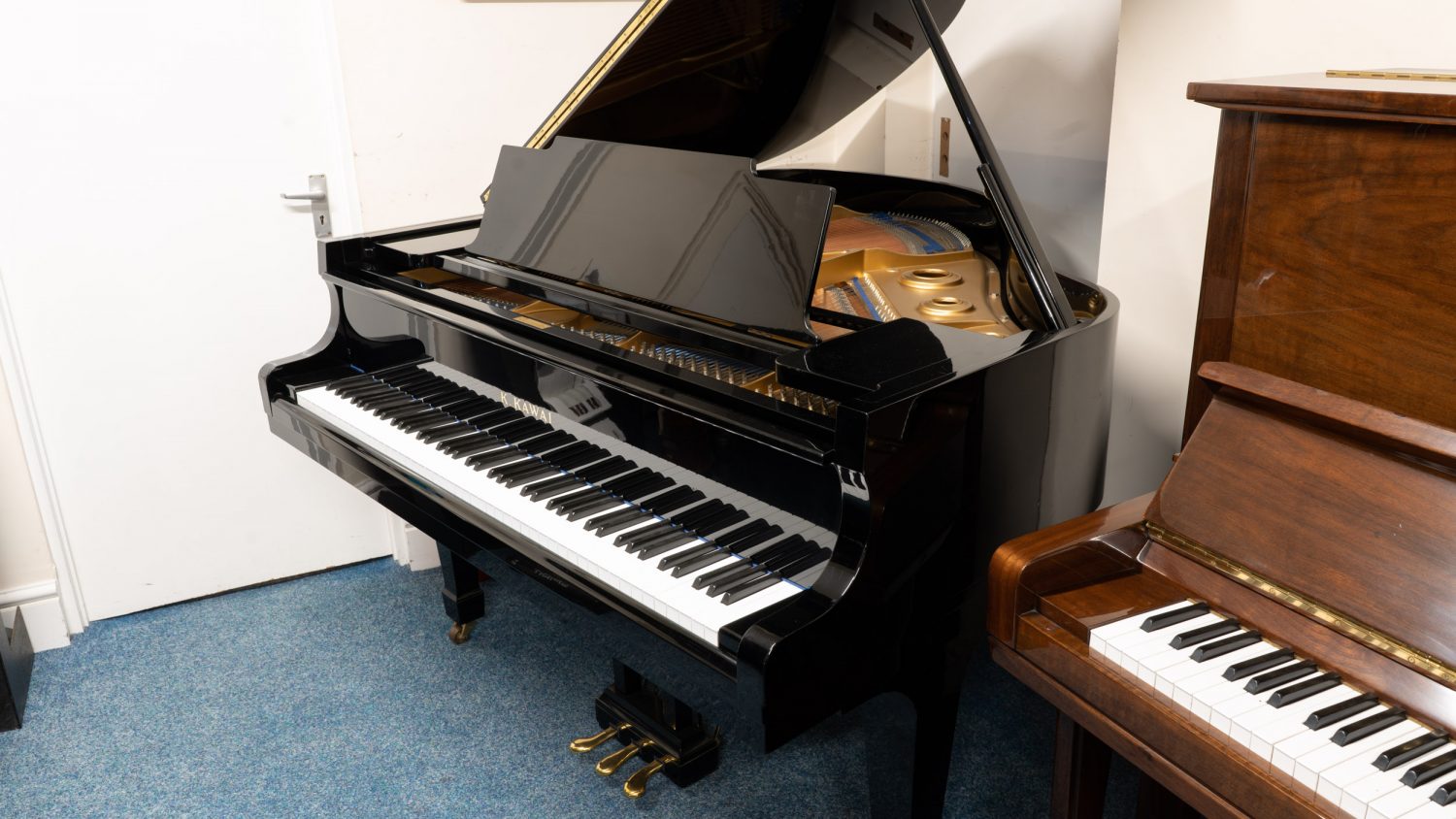 Manufactured in Japan, the KG-1 is a compact grand piano of the highest quality, featuring synthetic ivory keytops and a sostenuto pedal. It offers excellent tonal quality for a smaller model and has been made with high end internal components, including fine lambswool hammers and a spruce soundboard. This particular model was manufactured around 1975.

Koichi Kawai, the company founder, was born in Hamamatsu, Japan in 1886. His neighboor, Torakusu Yamaha, a watchmaker and reed organ builder, took him in as an apprentice. Kawai became a member of the research and development team that introduced pianos to Japan.[1] Yamaha died in 1916, and in the 1920s the piano industry faltered in Japan. New management took over control of Yamaha’s company, Nippon Gakki Co. (later renamed the Yamaha Corporation), and began to diversify its product line. This led Kawai to leave Nippon Gakki in 1927 and found the Kawai Musical Instrument Research Laboratory. [1]