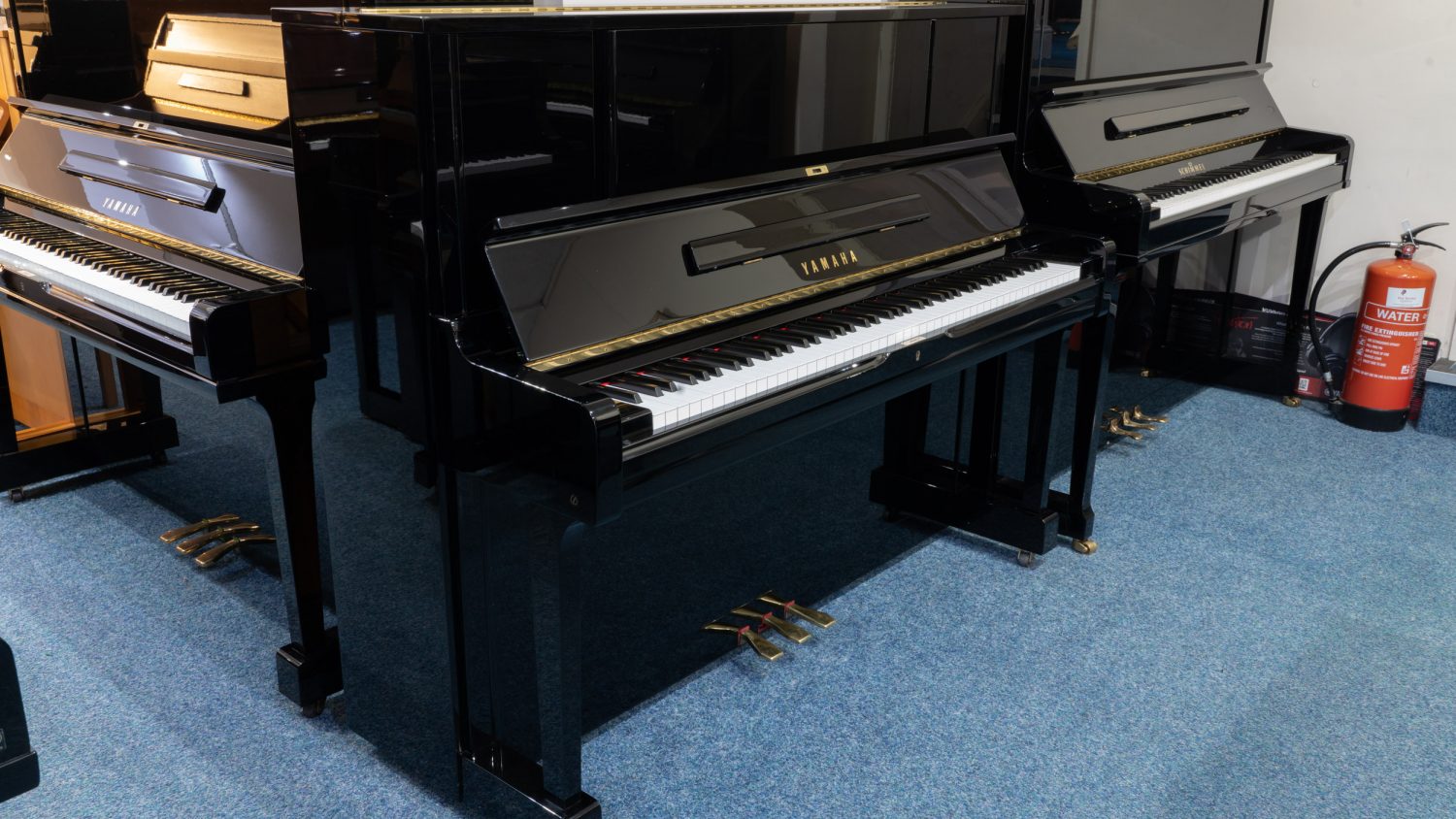 The Yamaha UX1 is a rare model, a custom version of the ever popular Yamaha U1.
Same dimensions as the U1, the Yamaha UX1 features an X bracing on the construction that improves resonance, longer bass strings for more power, front panel venting for more sound escape and various higher grade materials used.
The Yamaha UX1 is a professional quality instrument that will satisfy pianists of all levels, take people to the highest grade very comfortably and will make a great centre piece for the home.
The Yamaha UX1 is featured in a gloss black finish with brass hinges and pedals.