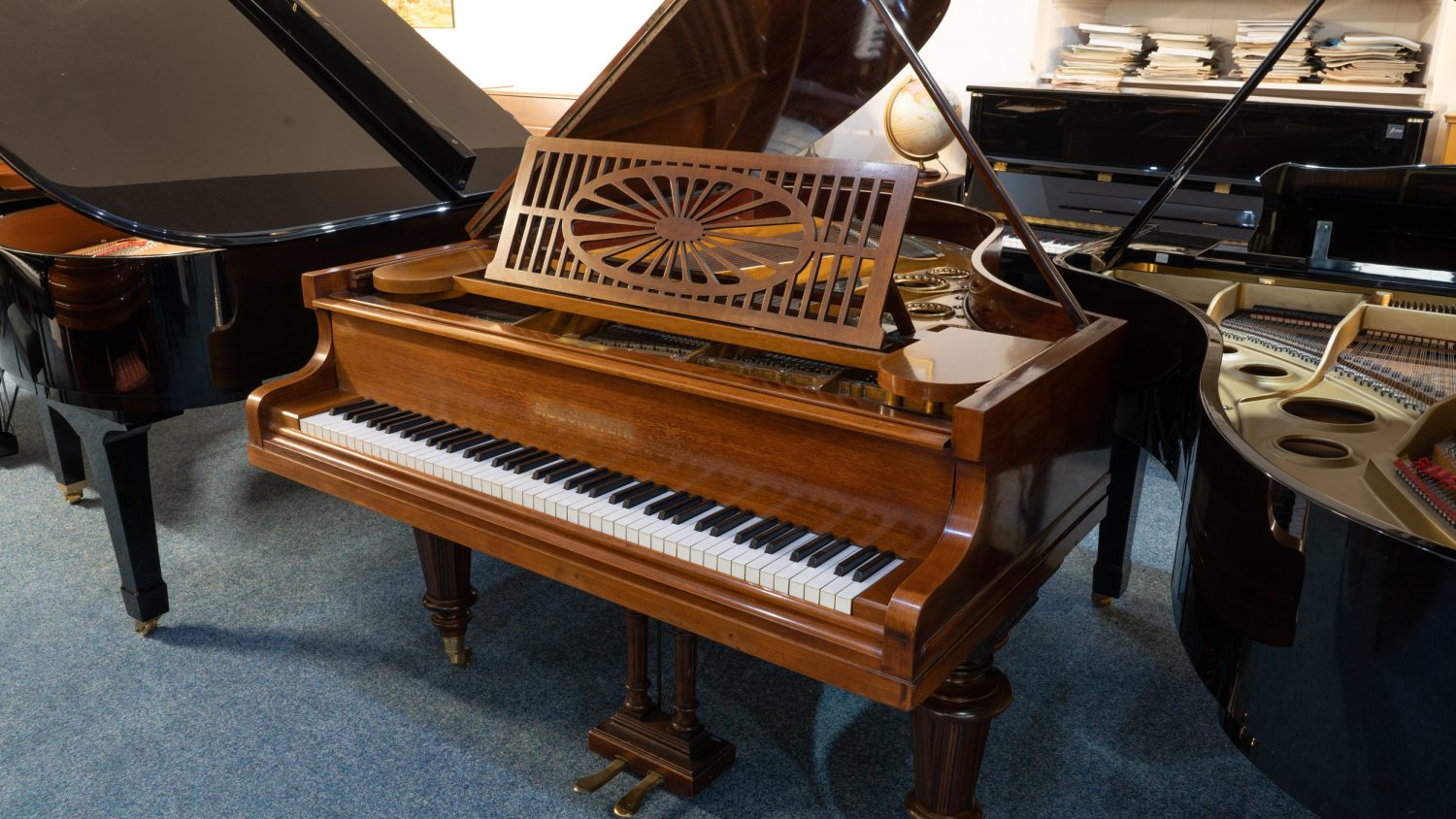 Here is an example of a lovely, Bechstein A grand in remarkable condition. It has undergone reconditioning work in the past, but nothing that takes away it’s original character and patina.

The piano plays excellently, and it has a sweet, clear tone in keeping with its era.

If you are looking for a good quality, beautiful grand piano, with a singing tone and light, responsive touch, brimming with character, then this is the piano for you.