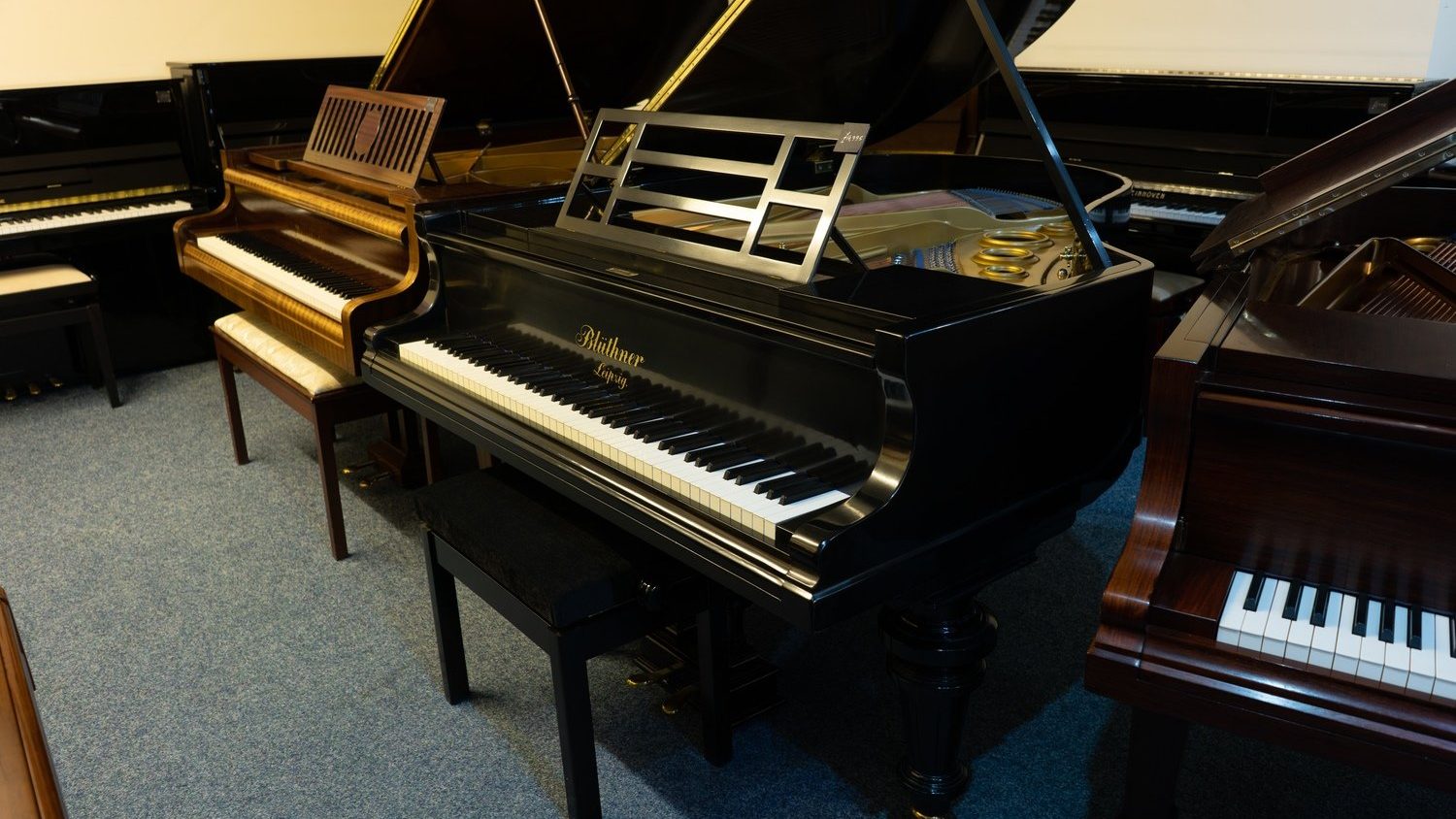 
This piano is NOW SOLD

The founder was Julius Blüthner.
Julius Blüthner established his workshop in Leipzig, Saxony in 1853. This accomplishment was only achieved after a long and difficult campaign to gain Leipzig citizenship. Julius started his endeavor with himself and three other craftsman. A deeply religious man, Julius spoke the defining words that would allow his company to survive and flourish for the next 162 years, “May God Prevail”. The age of any particular Blüthner piano can be determined by matching its serial number to the age table freely available on the Blüthner website.

By 1900 Blüthner had become the largest piano maker in Germany, producing some 5,000 instruments annually. Innovations such as the Aliquot string, a fourth string that vibrated sympathetically and that is tuned in unison as well as the cylindrical soundboard and angle cut hammers, created a unique voice for the Blüthner instrument.

The owners Adolf Max Blüthner, Dr. Paul Robert and Willy Bruno Heinrich were awarded an imperial and royal warrant of appointment to the court of Austria-Hungary.