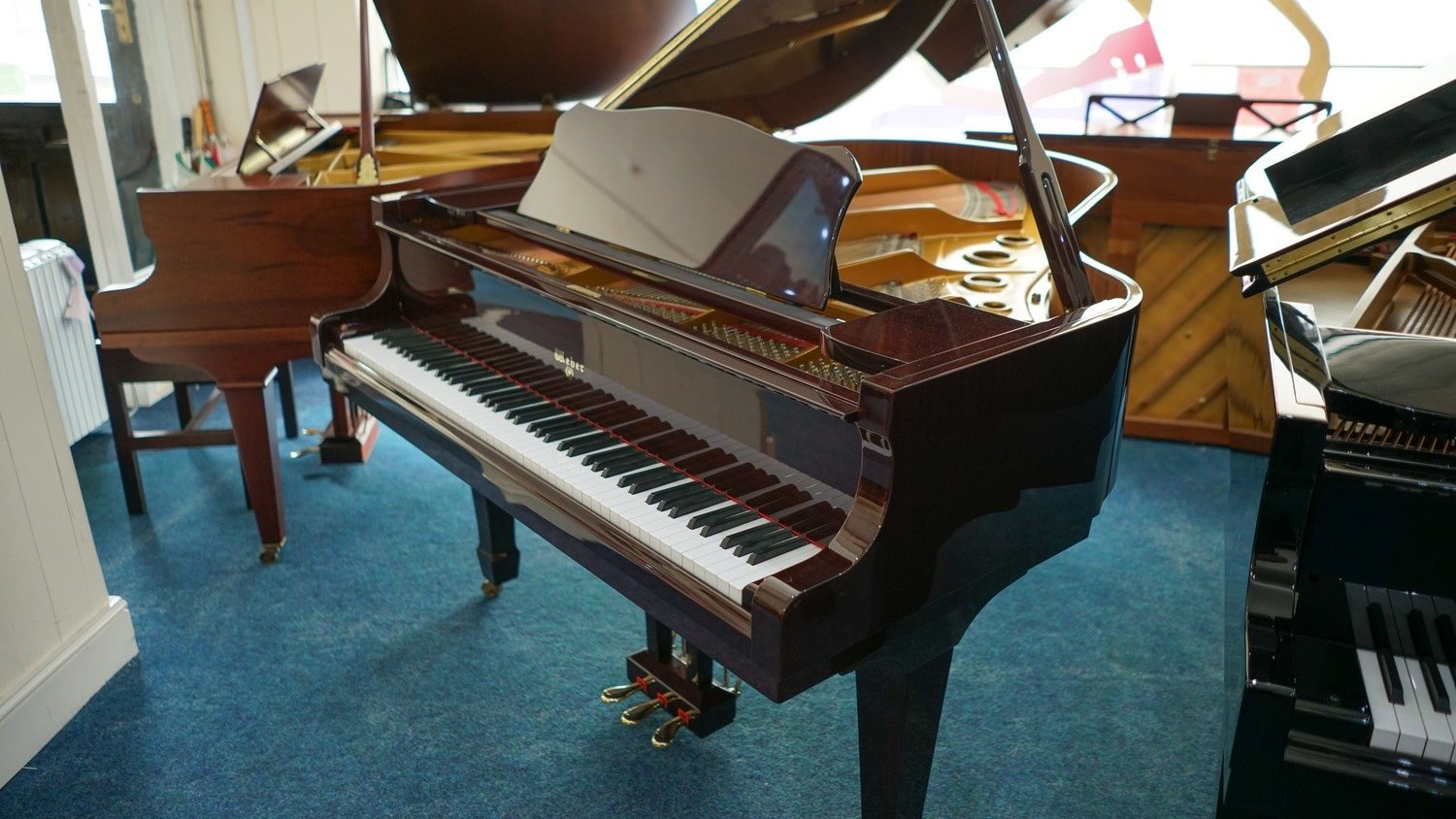 Albert Weber was born in Bayern, Germany on July 8, 1828, Albert Weber learned to play piano from the age of five and composed music from the age of eight. He was influenced by leading musicians of the classical era including canonical pianists Beethoven and Mozart.

At a young age of 24, he opened his own piano shop under his name and began to study resonance and depth of sound. Through his studies, he was able to innovate parts by making earnest improvements of the felt, hammer, and steel frame. Weber pianos are produced by craftsmen who accept nothing less than the absolute best. The rigorous standards that Albert Weber adopted in 1852 to create the first grand piano to withstand the demands of the concert platform set the benchmark for piano making in his day. Since that time Weber pianos have been acknowledged for being at the forefront of piano technology. Using only the finest materials and components, with a commitment to the highest levels of craftsmanship, Weber pianos have become a byword for quality and reliability. The amazing tonal quality of the first Weber piano is carried through to this day by the continued technological innovations of the dedicated craftsmen at Weber.

From the late 19th century until the mid-20th century, Weber pianos reached the height of their worldwide fame, becoming increasingly popular in Europe, where it became the official piano of many of Europe’s Royal Families, and was bestowed with its unique royal symbol, and earned its nickname “the piano of the royal family.”

During the late 19th century the world—class pianist and composer, lgnacy Paderewski (1860 — 1941) performed exclusively on the Weber grand piano ensuring its popularity among many leading musicians of the time. Born in Poland Paderewski was later to become Poland’s first prime minister. Additionally the world famous pianist Moritz Rosenthal (1862 — 1946) who was the disciple of Franz Liszt (1811-1886) and the master of Jorge Bolet used the Weber grand piano for the composition of such famous compositions as Papillons (Butterflies), and toured exclusively with a Weber piano throughout the United States. Additionally, Pope Pius X (Pope Pius X 1835— 1914) purchased the Parlor Grand Weber piano for personal use at the holy apostolic palace and it was used for a long period of time. After this, Pope Pius XI (Pope Pius XI 1857— 1939) designated the Weber Piano as the official Vatican piano. Following the adoption of these pianos by Pope Pius X and Pope Pius XI, Weber piano gained more recognition throughout Europe. In fact, Weber piano was selected as the official piano of the royal family in England, Wales, France, Italy, Belgium, and Sweden.