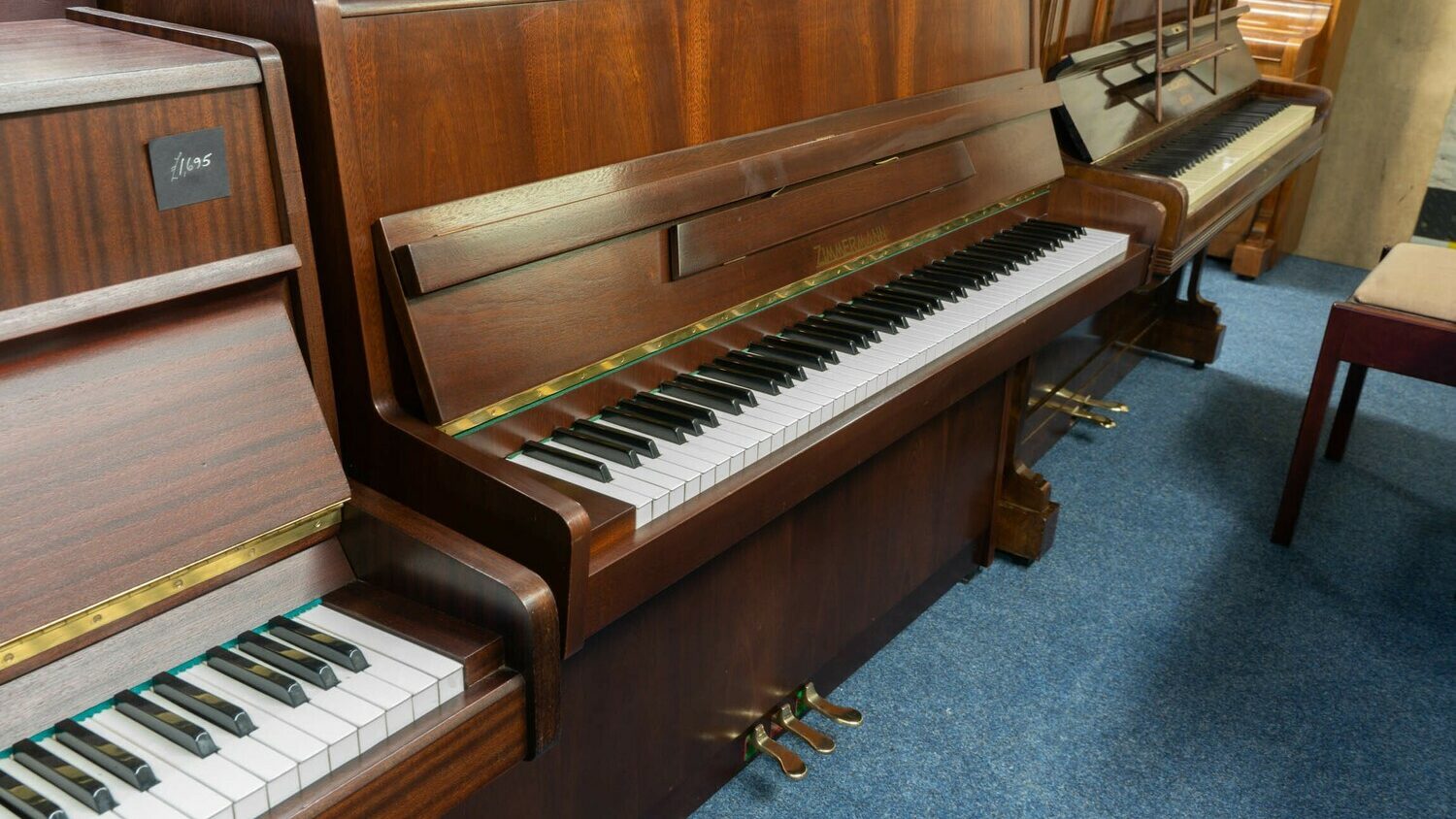 Modern, compact and affordable upright piano for sale from Zender

The company founder worked for the piano company Steinway & Sons in New York City, United States, before starting his own factory in Leipzig, Germany, in 1884.

As business grew, the Zimmermann company expanded to a second factory in 1904. By 1912 over 10,000 pianos were being built a year making it one of the Europe’s largest piano manufacturer. Later, it became a global piano exporter within over 400,000 instruments sold world-wide.