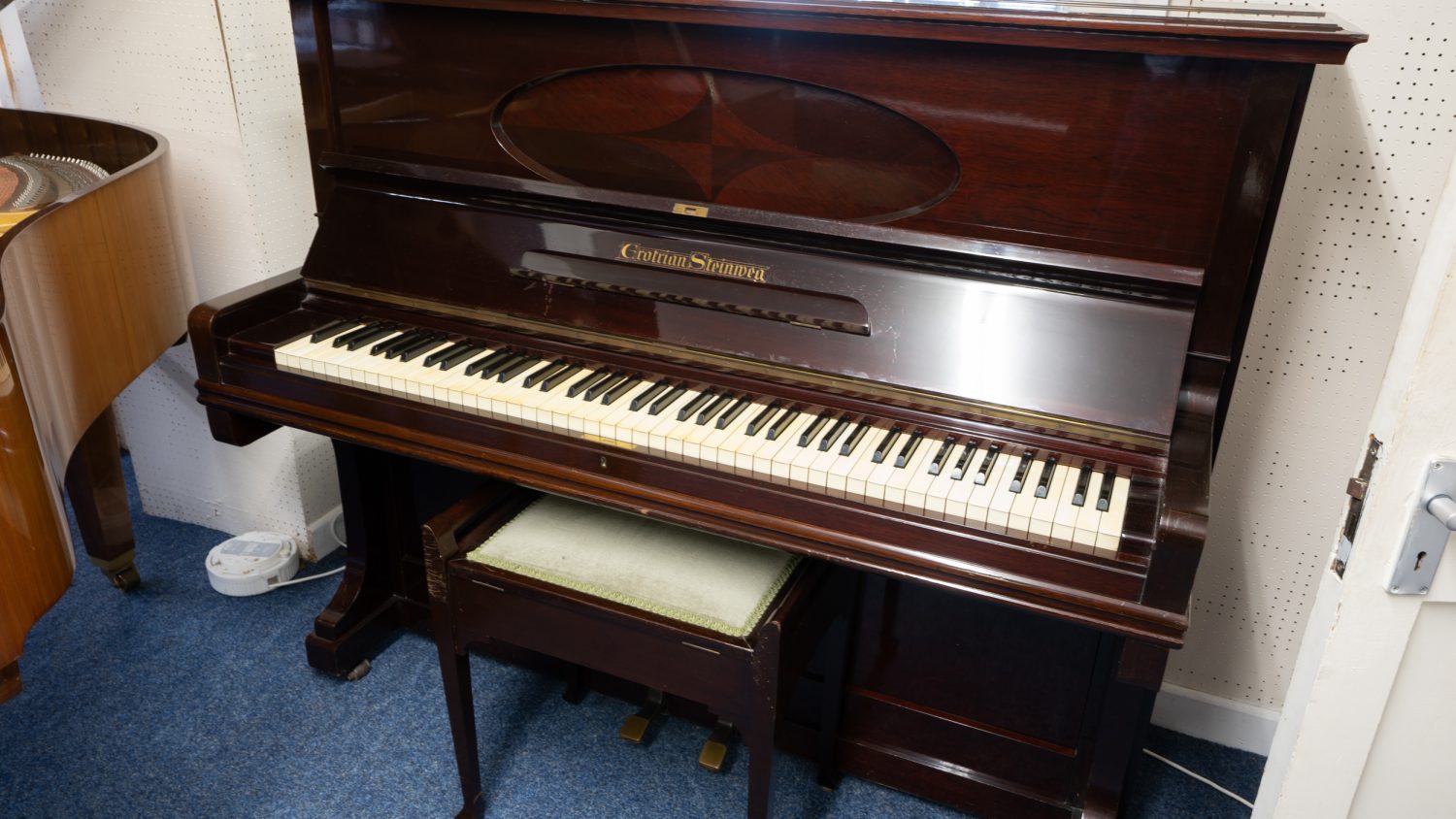 Grotrian-Steinweg, known as Grotrian in the US, is a German manufacturer of prestige pianos. The company is based in Braunschweig, Germany, commonly known as Brunswick in English. Grotrian-Steinweg makes premium grand pianos and upright pianos.

Grotrian-Steinweg grand piano inner mechanism
Grotrian-Steinweg’s history dates back to 1835 when the first Steinweg piano factory was built by Heinrich Engelhard Steinweg (later known as Henry Steinway after his emigration to the US where he founded Steinway & Sons). In 1856, Friedrich Grotrian became a partner; in 1865 his son Wilhelm Grotrian and two associates bought the factory and the right to market their pianos as successors to the Steinweg brand. Ensuing generations of Grotrian family members led the company to become one of the finest piano manufacturers in Germany. Grotrian-Steinweg pianos were preferred by some famous pianists, and they received accolades at the World’s Columbian Exposition in Chicago. Grotrian-Steinweg operated an orchestra and a concert hall, and established sales rooms in a half dozen major cities in Germany, and by 1920, in London as well. At its peak in the late 1920s, Grotrian-Steinweg employed 1,000 people and made 3,000 pianos per year.

Economic depression in the 1930s and war in the 1940s caused Grotrian-Steinweg to decline severely and then lose its factory completely. The family rebuilt the factory and re-established its reputation for quality work. In the 1950s, an annual piano-playing competition was founded by the company, to identify promising young piano students.

Grotrian-Steinweg sought to expand into the US in the mid-1960s. Steinway & Sons sued to prevent them from using the Steinweg name, resulting in a 1975 decision by the United States Court of Appeals for the Second Circuit. The case set a precedent in describing “initial interest confusion”: that the brand Grotrian-Steinweg could cause piano buyers to temporarily confuse its brand with the brand Steinway & Sons. The court ordered Grotrian-Steinweg to stop selling pianos in the US under the “Steinweg” name. Afterward, the company formed a business entity named Grotrian Piano Company to sell pianos in North America.