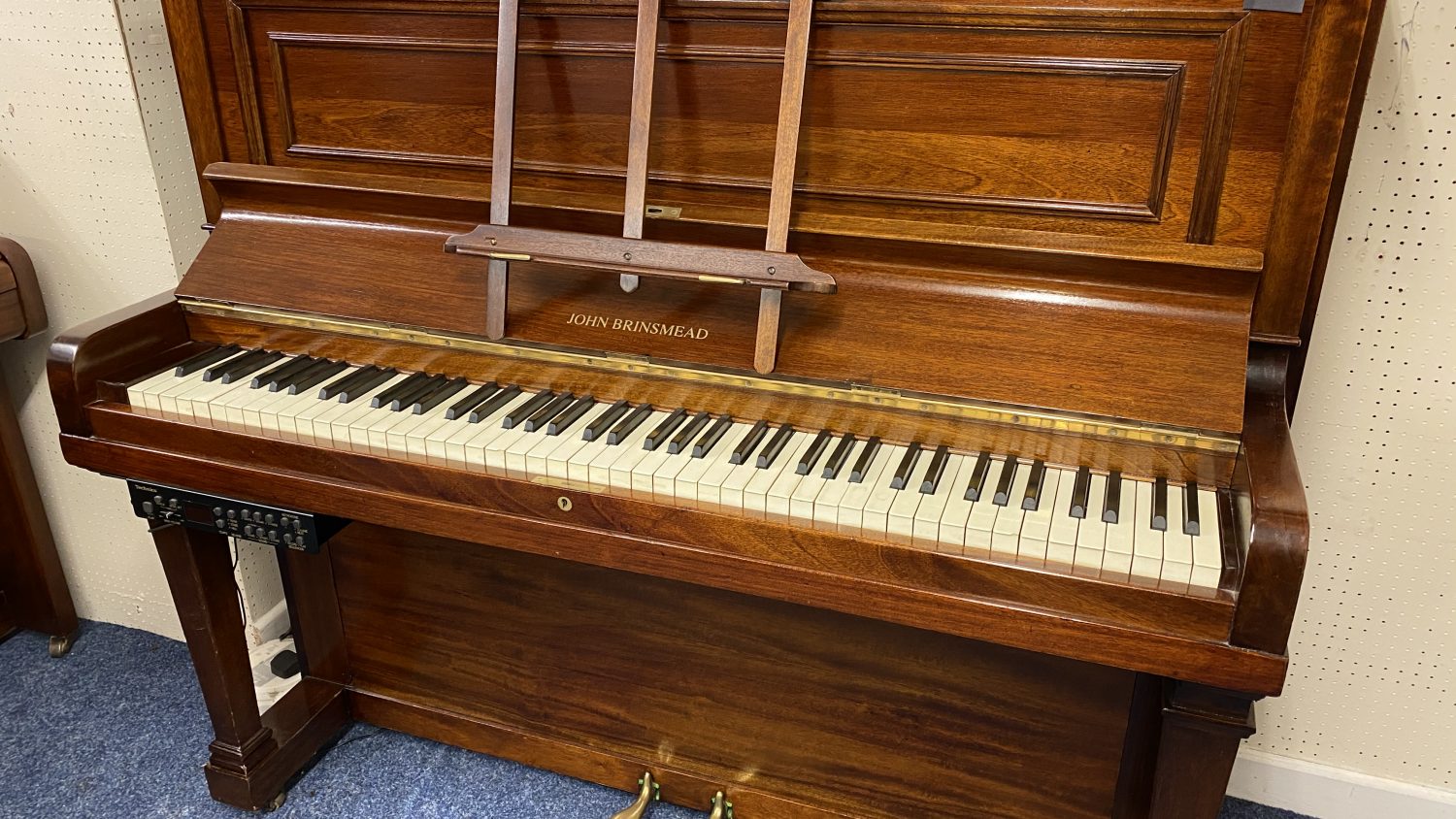 It was reconditioned and repolished in the early 2000’s, at which time a Technics silent system was fitted. In full working order, the silent system allows the pianist to play silently through headphones but still maintain the touch of the acoustic piano.

Silent systems are not generally fitted to traditional pianos, as the cost of the system will often outweigh the value of the piano. However given that this work was done a while ago, the silent system is purely a bonus.

John Brinsmead was established in 1836, in London England and was originally known as John Beinsmead. It changed to John Brinsmead & Sons in 1861 when John’s sons; Edgar & John joined the firm. The Brinsmead & Sons name was acquired by J.B Cramer & Co. and then later went on to be purchased by Kemble in 1967.