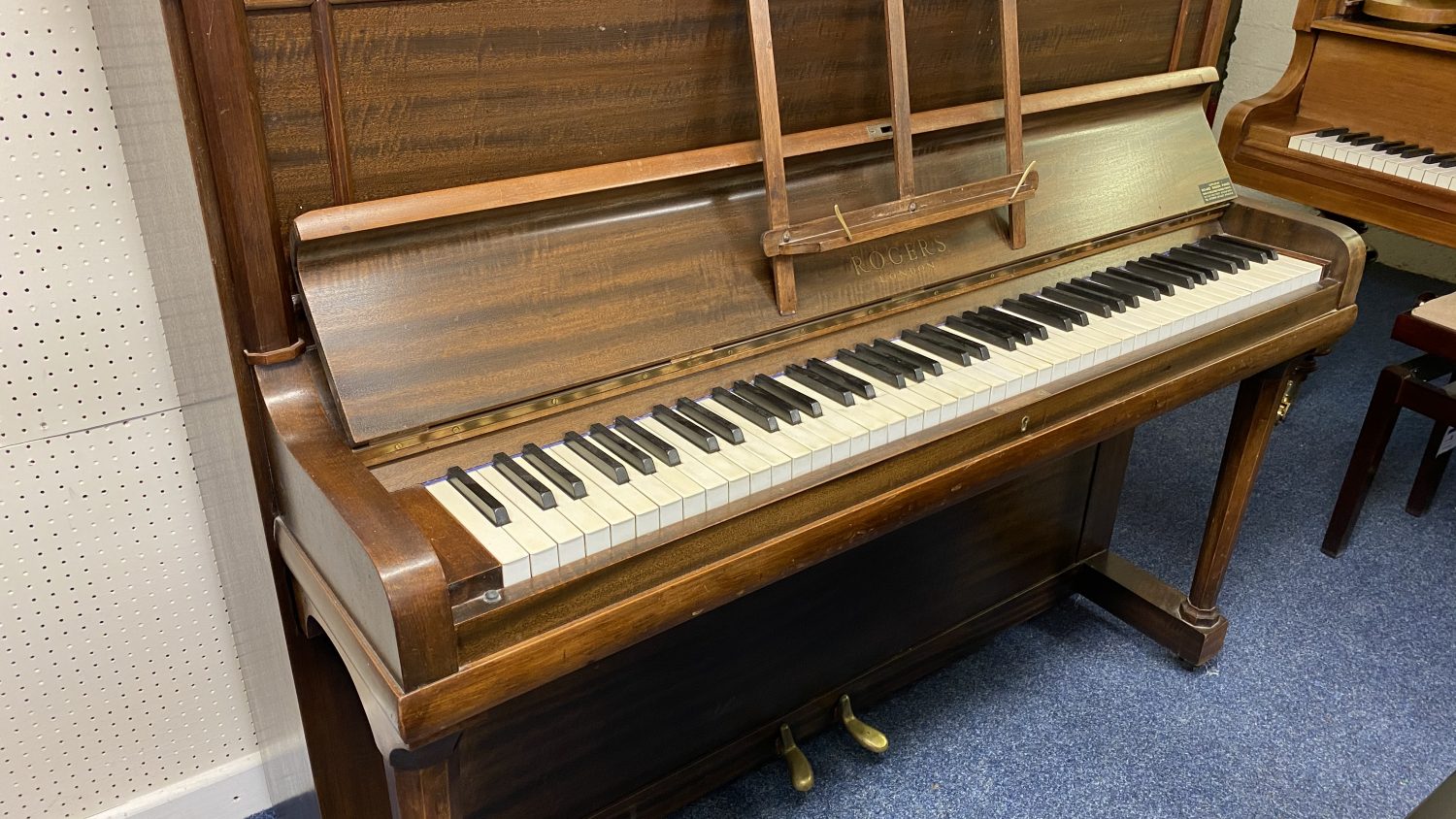 The piano is in relatively original condition but has had remedial work to ensure it plays evenly and is responsive enough for a beginner / intermediate pianist. It holds pitch at A440 and has a nice clear tone.

This British built Rogers piano is perfect for a beginner who is looking for a traditional style instrument for their home.

Rogers pianos were established in 1843 in London, England. J.J Hopkinson and Rogers merged in 1918 and were both acquired by Zender in 1963. Zender became part of the Bentley Piano Co. and then controlled by Whelpdale Maxwell & Codd Ltd until they sadly entered receivership in April 2003.