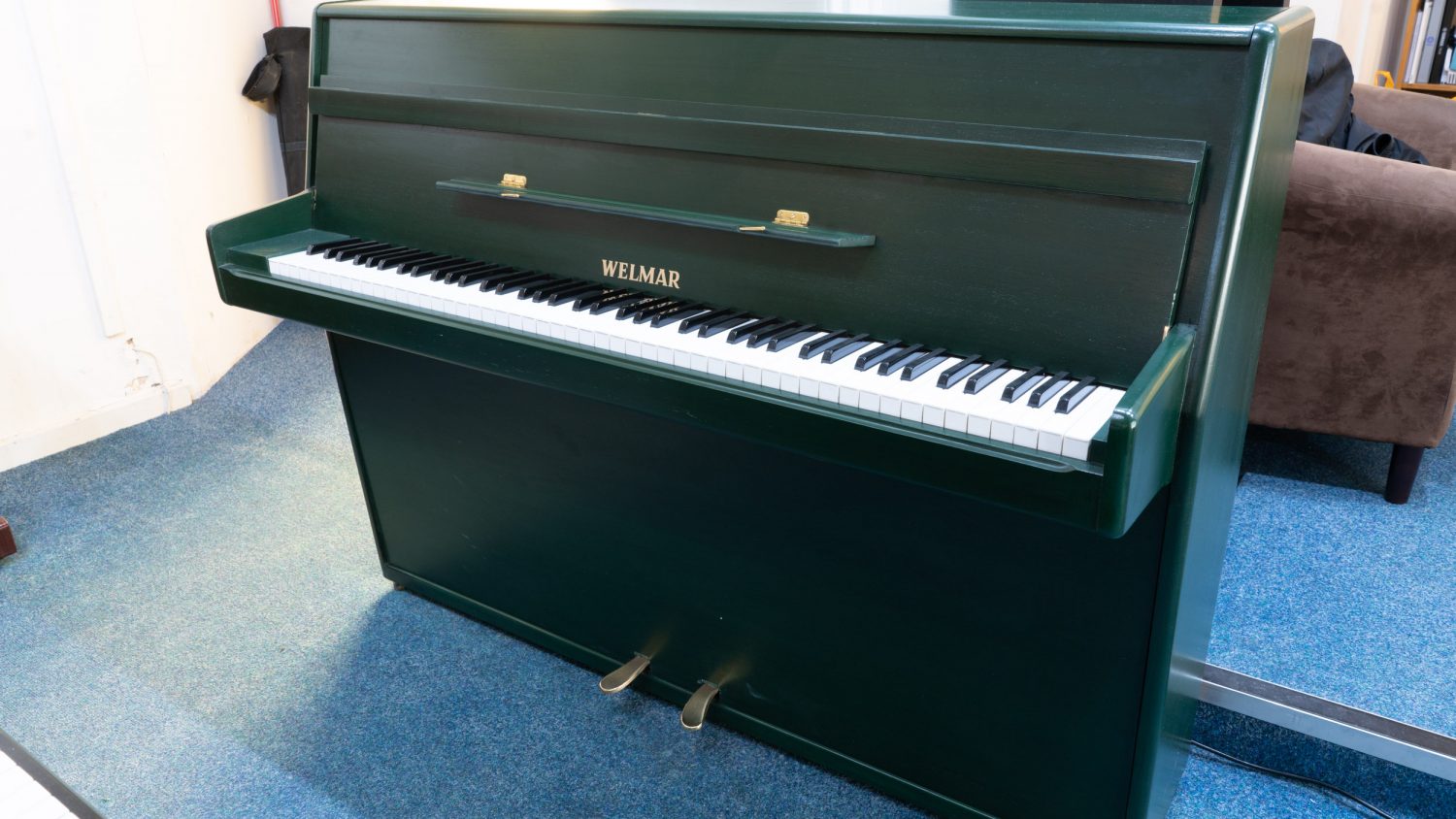 A green piano? Yes, it’s green, and what a lovely green it is.

Are you looking for something that little bit different? A statement piece? and a great instrument? Then this is the piano for you.

Welmar was a British builder established in London in 1876, the company existed until 2003 when the British Piano Manufacturing Company of Stroud closed its doors; they had owned the brand name since the 1990s. These high-quality instruments are still held in high esteem and were extremely popular pianos throughout their eight-decades of production. Though the name is not quite so recognised as those of Chappell or Broadwood, Welmar pianos are renowned for their high-quality construction, making the instruments sturdy and reliable, and ideal candidates for restoration.

Welmar were Bluthner’s UK importer before the war, and the company learned much from dealing with Bluthner’s high-quality German instruments; several models of Welmar grand are very similar in construction to Bluthners of the same era. Welmar instruments are typically British, with consistent, responsive keyboard actions and clear, though never bright, tone.

Many education institutions still use classic Welmar pianos from the 1970’s and sometimes even earlier. The company ceased trading in the early 2000’s, but we often have a selection of Welmar pianos in our showrooms, which are still a popular choice for musicians of all ages and skill levels.